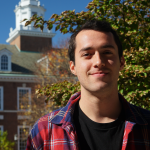 The best part of the program for me was the electives I took (ENCH 470 and ENCH 486) as well as the friendships I made along the way. The electives were the first time I felt I was able to use my chemical engineering knowledge in real-world applications. The professors were actively working with students in these electives to develop our problem solving skills and esoteric thinking. These courses also helped me realize the multitude of pathways I can take with a background in chemical engineering.  [Read More…] 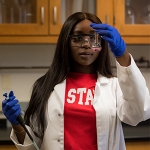 I chose the Chemical Engineering program at UMBC because of the various track options. These tracks gave me the ability to explore my interests within chemical engineering and figure out what worked best for me.
[Read More…] 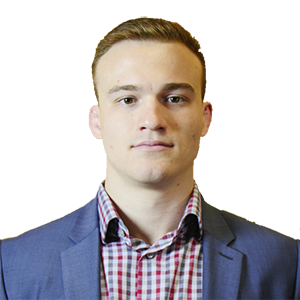 The most useful thing I learned as a CBEE student at UMBC and have utilized in the real world is the ability to learn. The skillsets learned as an undergraduate are broad, preparing students to tackle problems in any industry. In my case, this is application development for manufacturing automation and data analysis. [Read More…] 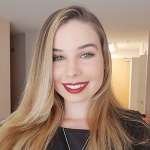 I chose chemical engineering at UMBC because I had known since high school I wanted to pursue a degree in engineering. I went to a STEM school that exposed us to everything from CADD to architectural design. I thought ChemE would be the right choice because of the breadth of industries in which chemical engineers can be useful and successful. But the reason that I chose UMBC in particular was its size. I loved that the classes were small and the students in the ChemE major were so close. I knew that it would be more meaningful to be part of a class that felt like a family than to attend a large university where you are lost in a crowd.  [Read More…] 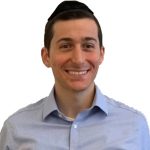 I chose chemical engineering at UMBC because I was interested in getting a STEM degree that facilitated application of scientific principles to solve real-world problems. Engineering has been described as the bridge between the laboratory and the marketplace. Said otherwise, “science creates questions while engineering creates solutions.” I therefore decided to go for an engineering degree as opposed to a traditional science degree. I chose chemical engineering, on the biotechnology and bioengineering track, because I wanted to direct my career options toward the biotech industry. UMBC offers a high-quality education at an outstanding value.  [Read More…]