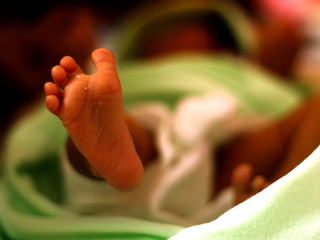 SCIENCE & TECHNOLOGY | FEBRUARY 22, 2021 1:16 PM | UMBC NEWS STAFF (excerpt)
Innovative technologies don’t have to be expensive or complicated.
UMBC’s Govind Rao, professor of chemical, biochemical, and environmental engineering and director of the Center for Advanced Sensor Technology, has been developing a low-cost solution to improve the care of babies born prematurely.
A standard incubator found in a newborn intensive care unit costs between $1,500 and $35,000—beyond the means of many hospitals in low- and middle-income countries. Research initiated by Rao and UMBC students has culminated in the successful clinical trial of an incubator that costs only $200.
“This will be a game-changer,” says Rajeev Seth, managing trustee of BUDS, a nonprofit that advocates for the health and welfare of children in India.

The low-cost incubator traces its roots to a UMBC course on sensors in 2011. There, Rao asked students to come up with solutions for real-world problems. Kevin Tran ’12, chemical engineering, was part of a team that designed a low-cost infant incubator. He continued on the project that summer.
“As an engineer, [when] you start something, you can’t leave it half-finished,” Tran says. He and his teammates tested out prototypes built with different materials, like wood and PVC. The team ultimately took a trip to India to visit various healthcare settings and receive feedback on their design.
The students encountered facilities that faced frequent power outages and lacked resources they’d taken for granted in the U.S. One healthcare center had broken incubators that sat unused, Tran says, because they couldn’t be maintained, even if it was a simple fix.
The team was accompanied by Geetha Mohanram, a retired elementary school teacher who acted as a translator. Mohanram now lives in the U.S. but is from Karnataka, one of the areas the team visited. She bridged the gap between the engineers and the nurses and doctors, not only through fluency with the local dialect, but also because of familiarity with the local culture. This helped the UMBC team access the medical staff’s observations and insights.
Feedback gathered during the trip guided updates to the design, such as smaller dimensions and cardboard construction for single use. The design work culminated in a paper published in the Journal of Laboratory Automation in 2014. It provided recommendations for a prototype suited to a clinical trial.
[read entire article]
Banner image: “Happy Foot” by Natesh Ramasamy, Flickr CC BY-NC 2.0.
Article written by Jack J. Lee for UMBC News
Tags: alumni faculty research ug undergrad
0 Comments (requires login)