Here we propose a point-of-care (POC) alternative to insulin manufacturing which has the potential of putting insulin in the hands of diabetic patients from all walks of life. Insulin is a 51 amino acid, peptide hormone which is responsible for the metabolic regulation of glucose in humans. While insulin was the first biologic to be approved by the FDA, current barriers to biosimilar entry have resulted in price gauging by manufacturers, further resulting in reduced availability and economic accessibility. Additionally, an estimated 100 million individuals globally are expected to be diagnosed with Type 2 Diabetes by the year 2030. To address these issues, we start by genetically engineering a novel proinsulin analogue which can be rapidly expressed in both prokaryotic and eukaryotic cell-free systems (CFS/CF). Design of this analogue will allow for the coupling of purification and enzymatic conversion of proinsulin, such that both steps can be performed in tandem, resulting in an active insulin product. This insulin can then be purified to greater homogeneity via a series of common purification steps, which also inform the quality of the product. Additionally, all these manufacturing steps have the potential to be automated using the BioMOD platform, previously shown to consistently manufacturer biologics at the POC. To further elucidate the feasibility of manufacturing insulin in this manner, we hypothesize that by optimizing upstream and downstream components of the CF insulin bioprocess and performing a cost analysis at different points along bioprocess development, then an alternative, cost competitive, insulin manufacturing approach can be made available for POC use.

Aim 1: Optimization of prokaryotic and eukaryotic CFS to maximize proinsulin expression. The human pre-proinsulin sequence will be adapted from Uniprot (P01308) and engineered to include an affinity tag and enzyme cleavage sites. The DNA construct will then be cloned into a bacterial and plant-based cell-free expression vectors enabling for protein synthesis in each host system. Critical process parameters and supplementation of chaperone proteins will be tested in various DOE methods until (g/L) quantities of proinsulin are obtained.

Aim 2: Purification of proinsulin allowing for post-translational conversion into mature human insulin using specialized proteases. Expressed proinsulin will be captured on an affinity column and subsequently washed to remove host cell proteins. Stepwise conversion into insulin will begin by treating the column with endopeptidase and carboxypeptidase to remove the C-peptide. The resulting insulin will then be treated with enterokinase (or similar) to liberate the mature insulin from the affinity resin. Enzyme concentration, enzyme buffer composition and incubation times will be optimized to achieve (≥) 50% insulin recovery.

Aim 3: Perform technoeconomic analysis of cell-free expressed and purified insulin capable of being manufactured at the POC. Upstream and downstream bioprocess materials, such as cell-free expression reagents, resins, and buffers will be accounted for and input into Microsoft Excel and SuperPro Designer to assess the cost of goods sold (COGS) per gram of insulin. A target demand of up to 100g/yr will be assessed, to compare the proposed bioprocess to the current state of the art, whose COGS is estimated at $24/g before formulation.

The proposed approach to manufacturing discussed above may change the way in which pharmacies and patients obtain insulin. Additionally, COVID-19 has highlighted the genuine utility of POC technologies, by displaying the urgency of providing medicines in pandemic hot-spots. Therefore, these advancements could increase the accessibility of insulin to the 400+ million diabetic patients globally, as well as open the door for POC manufacturing of other biologic products (subunit vaccines, antivirals, and monoclonal antibodies) which are critical for future pandemic preparedness. 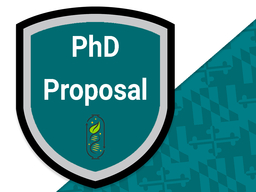